A most spectacular New Zealand sunrise at The Catlins

I’m going to set the scene for you. I was camping at Purakaunui Bay, a little south of Dunedin, New Zealand. My intention had been to watch the sunrise from outside my tent while boiling some water for coffee. I didn’t have a camera on me, just an iPhone SE. But what unfolded completely took me by surprise. (Before you see the photos I want to point out something. In addition to these photos being taken on an old iPhone, they’re also completely unedited. No changing colour, no adding contrast, I didn’t even crop or straighten them. This is pure New Zealand magic.)

The sky started out like this. Nothing too special, mostly cloudy, probably won’t see that much. New Here? Hello and welcome to Voyageur Tripper! I'm Mikaela and I'm the voice behind all the posts on this site. I used to work as a wilderness guide in Canada and now I create resources to help others get outside more.

And then colour started to come in. At this point I’m still sitting, wrapped in a sleeping bag, trying to get some coffee made. 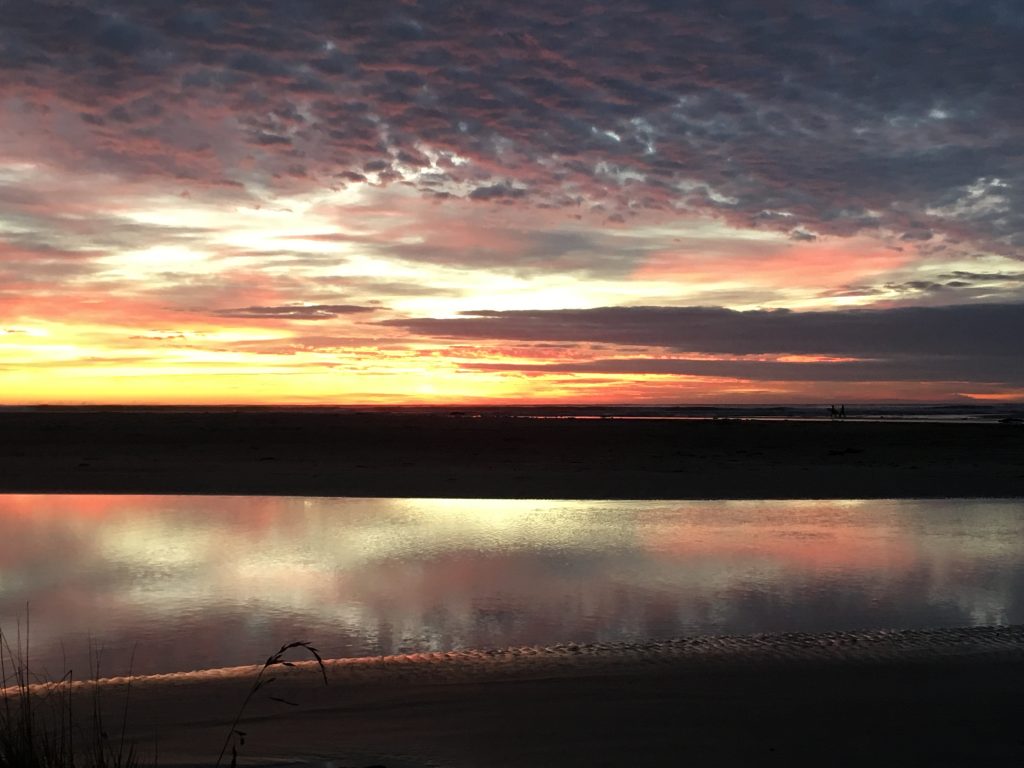 I soon learned that coffee would have to wait. The colours were getting so vivid; I just knew something spectacular was on its way. 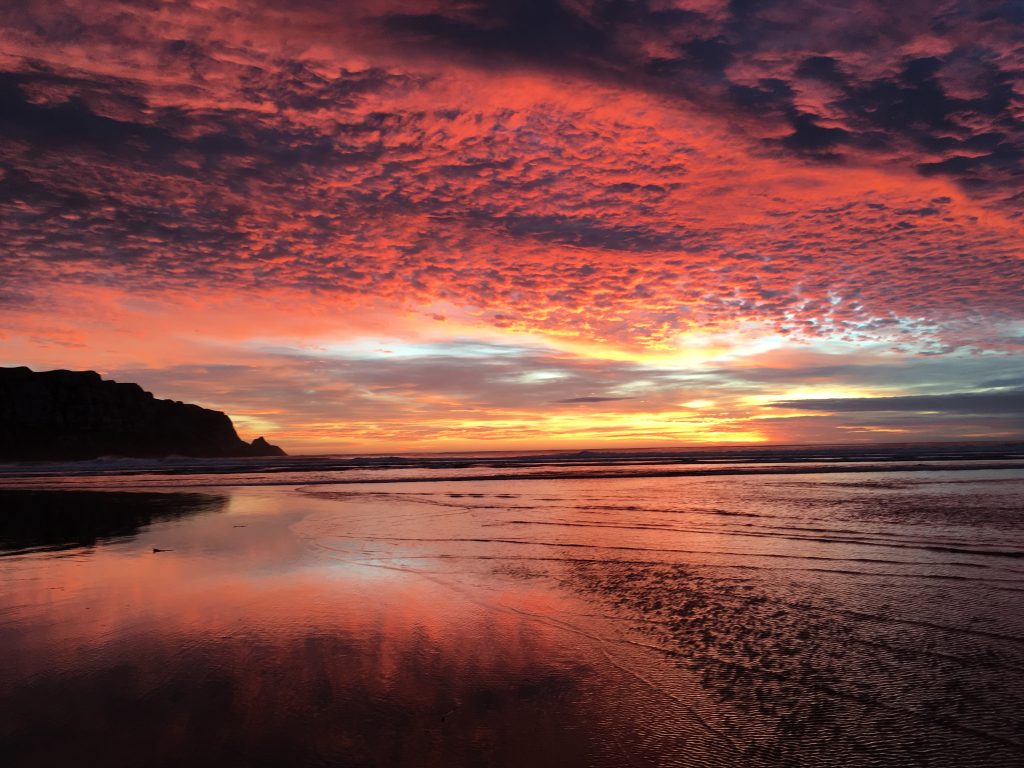 Now I’m frantically running around with my crap iPhone like “Where do I point it? Everything is amazing!!” (Unlike the calm photographer who periodically looked up from his camera with an expression that read “this girl has no idea what’s going on.” 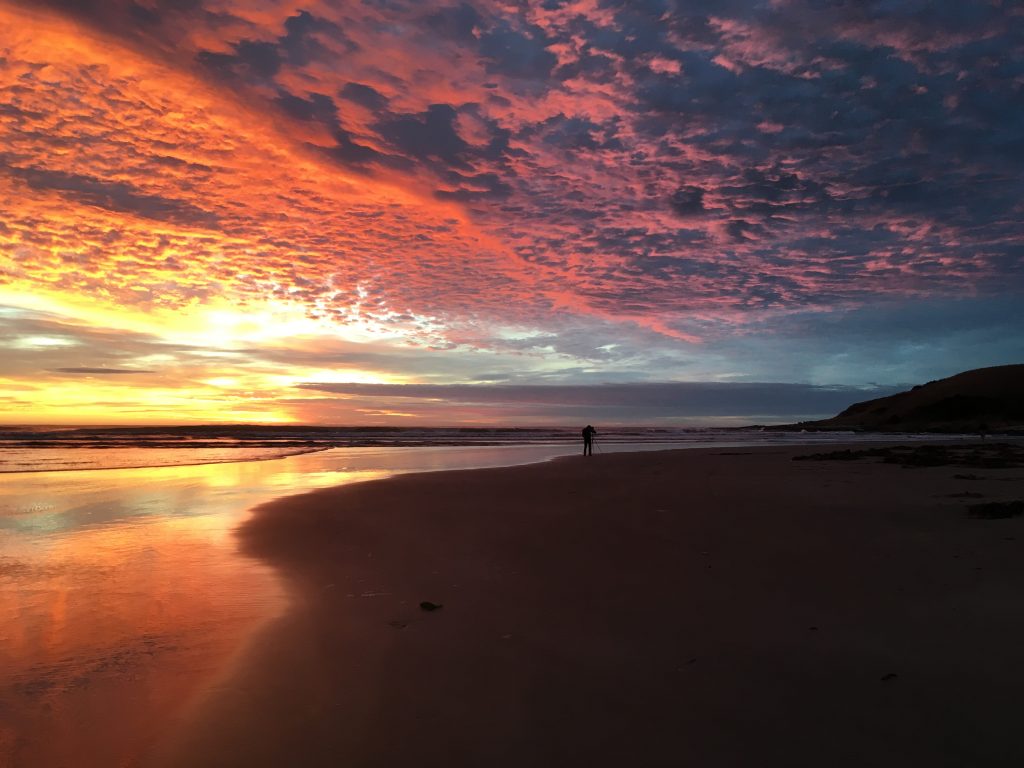 It can’t possible get any better, I’m thinking. Then the purple really came out. 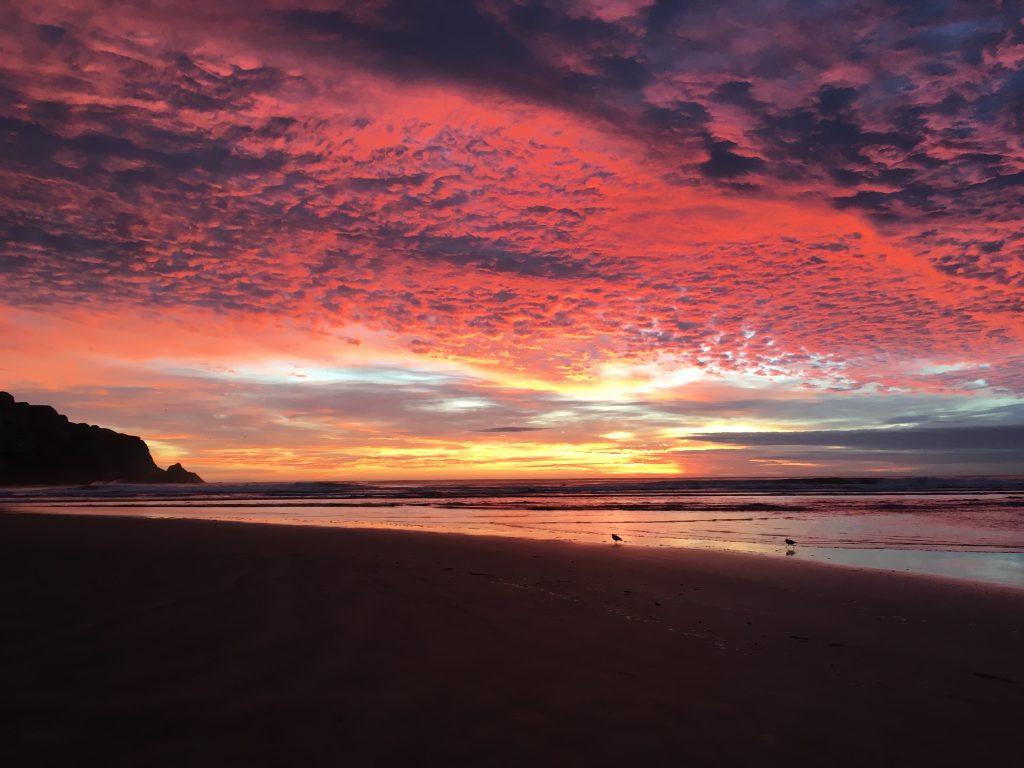 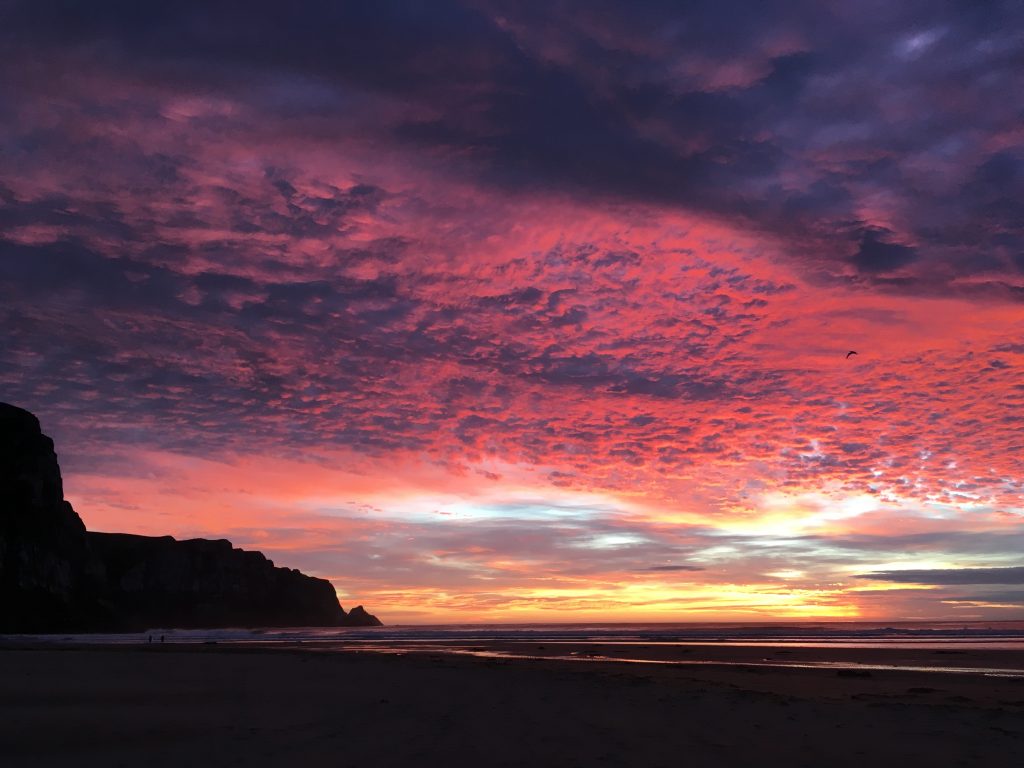 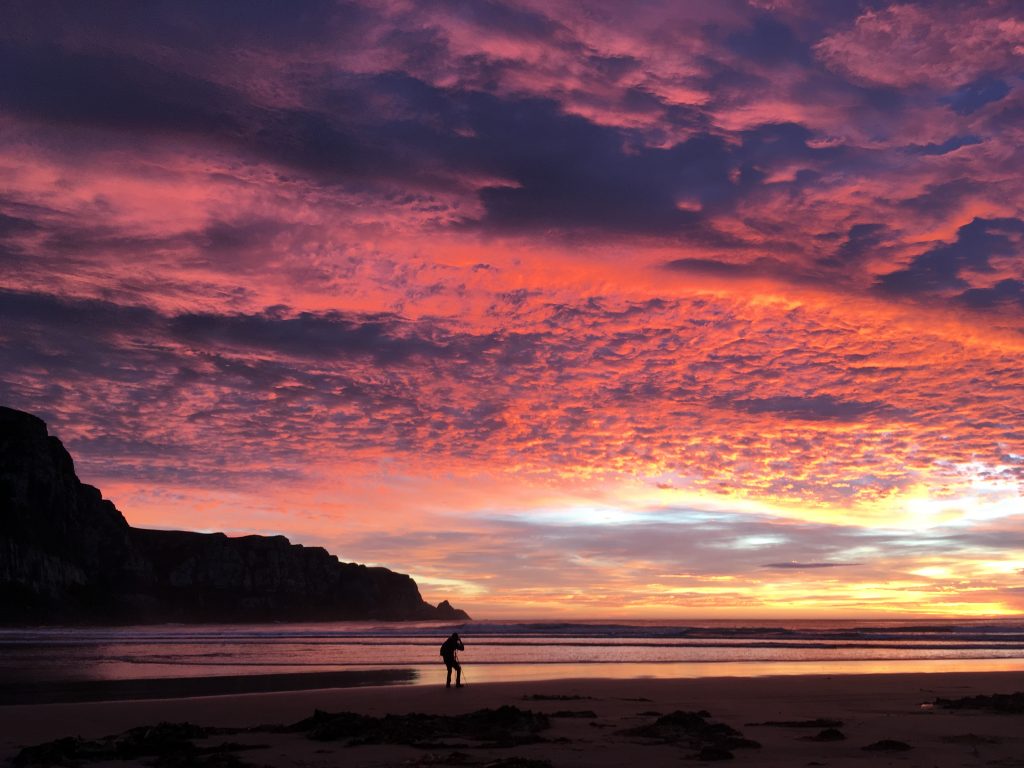 Finally, the purple evolved into a dark blue hue. 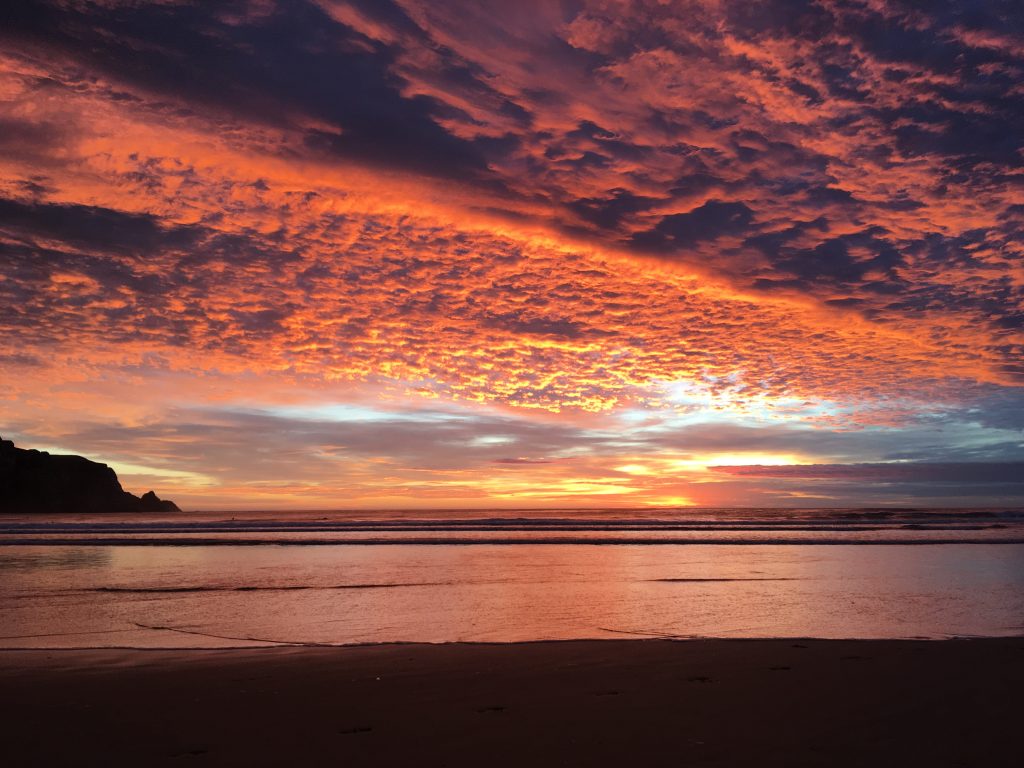 The orange began to fade as the sun came closer to the horizon. 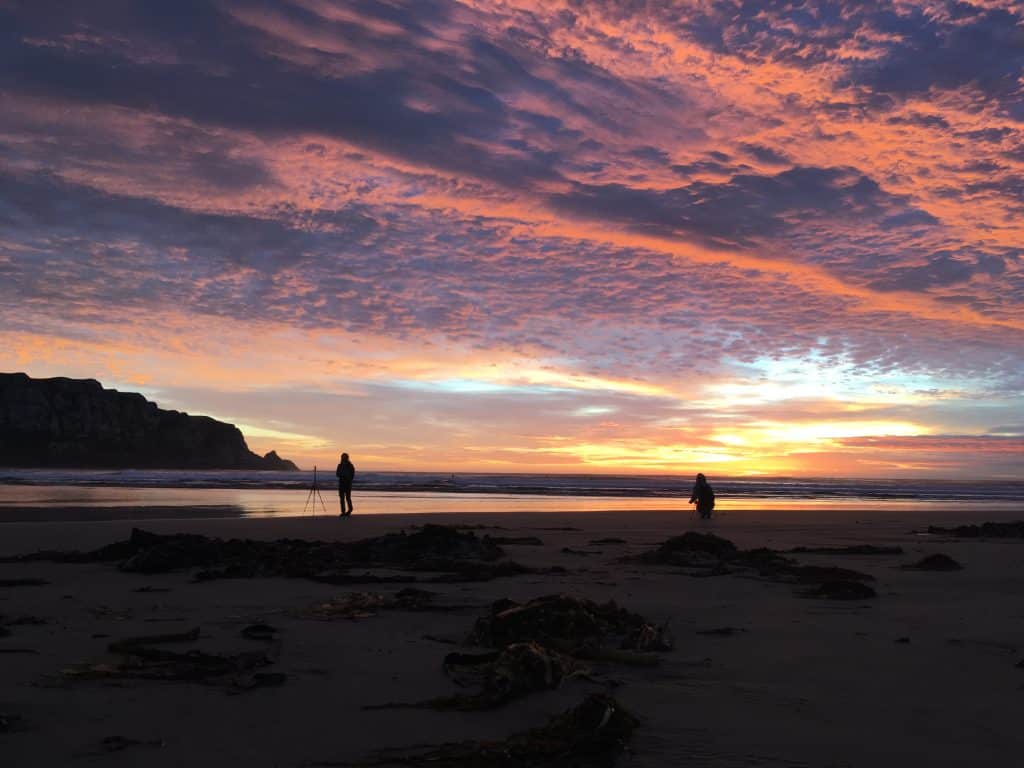 The sky still looked gorgeous though. I continued to snap away. 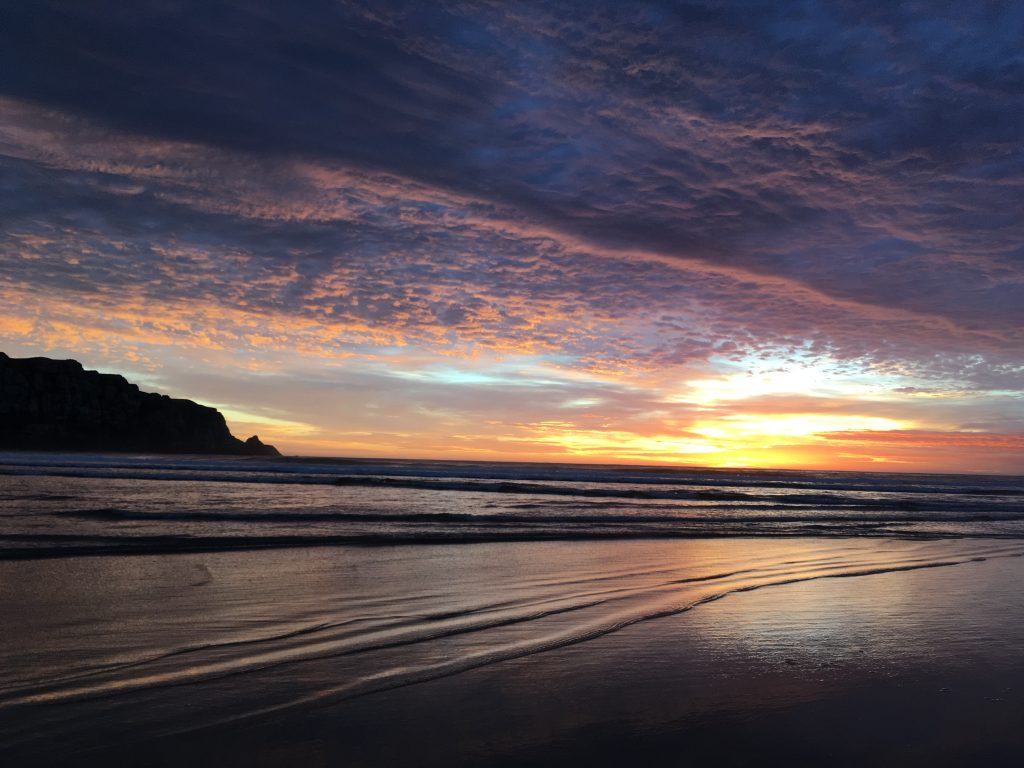 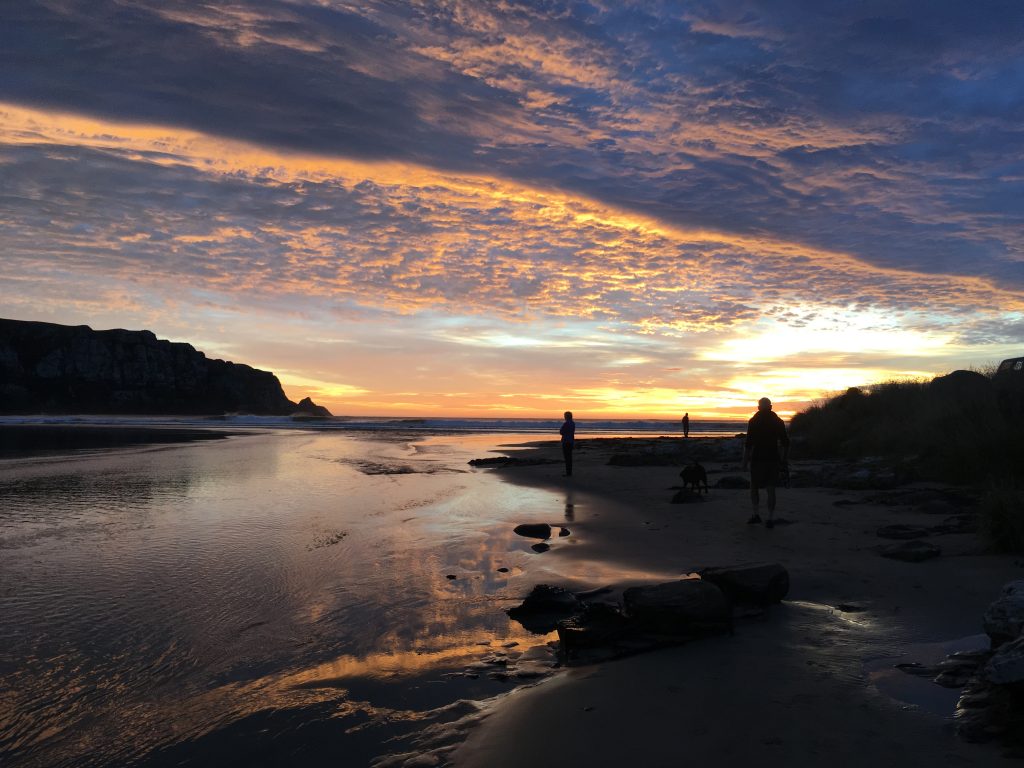 Eventually the sun began to peak through. I didn’t take any photos while the sun was actually rising. I wanted a moment just to take it all in. I don’t know what it is about New Zealand, but it has the best sky I’ve ever seen, regardless of the time of day. 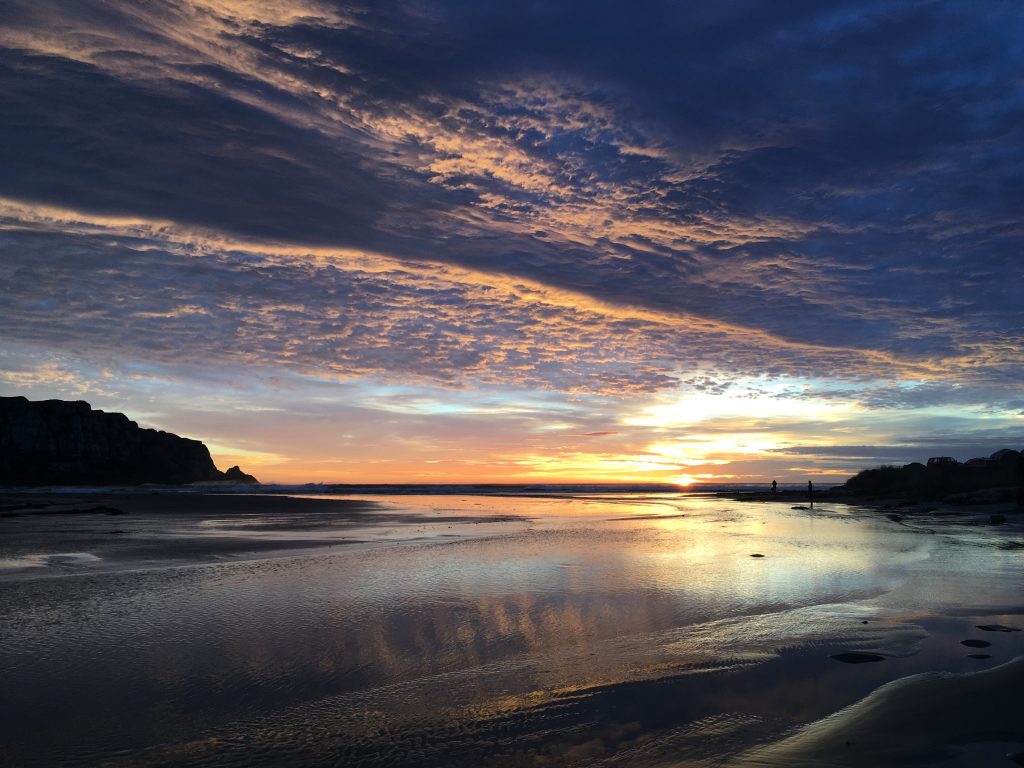 Swimming with Dolphins in Kaikoura: the Best Experience (and worst photos) of My Life

13 Things to Do in Dunedin, the South Island’s Secret Gem

You can find me on Instagram, where I post daily tips on backcountry camping, wilderness safety, backcountry cooking, travel in Canada and much, much more!

We have launched a new and improved online shop, where you’ll find the cookbook and nature-inspired stickers & prints. Check it out now!